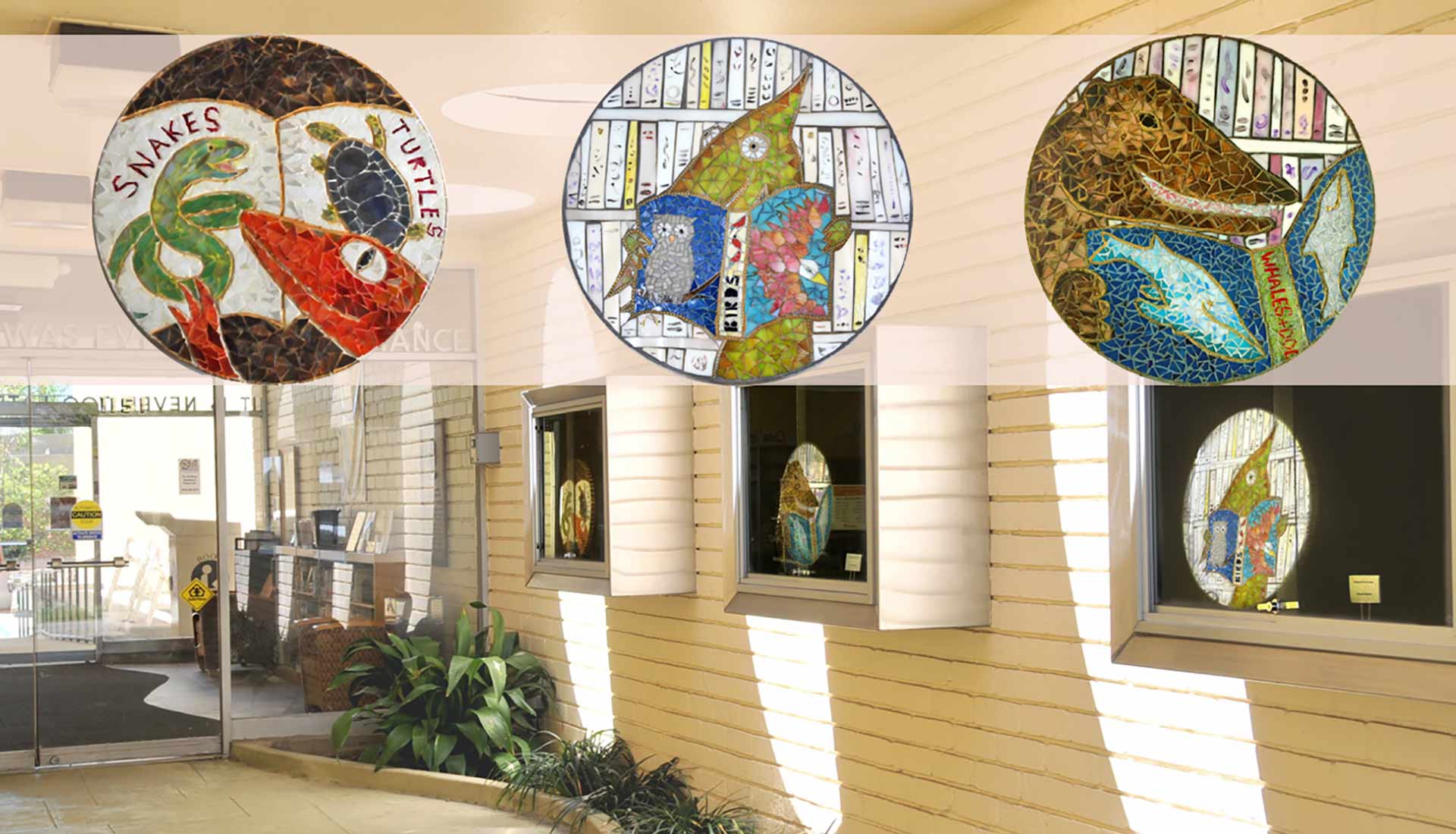 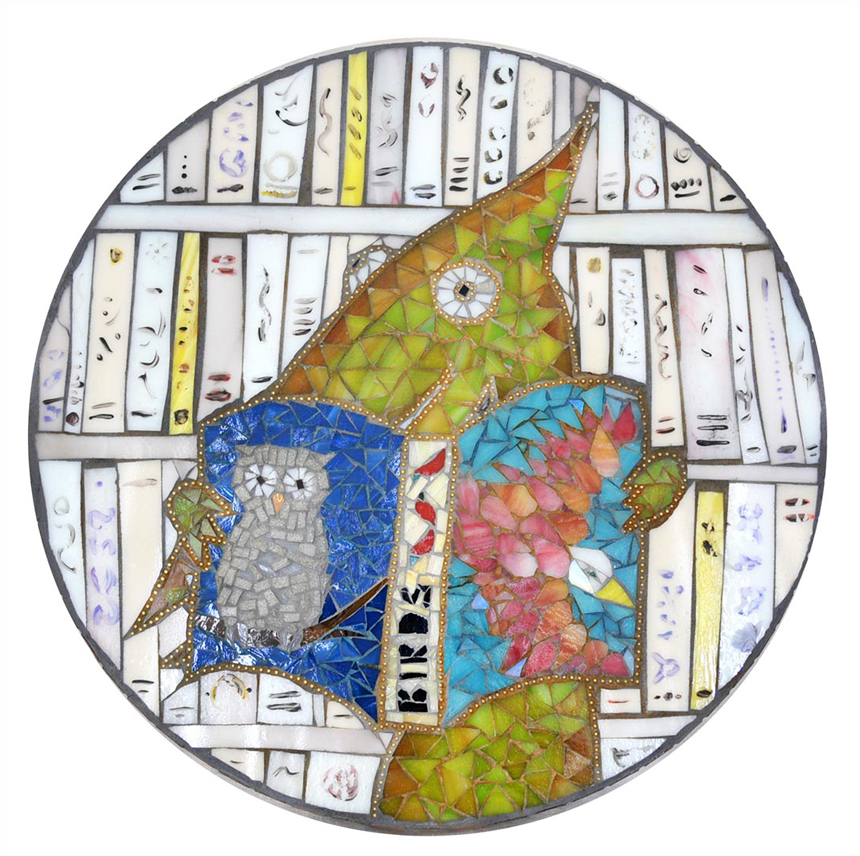 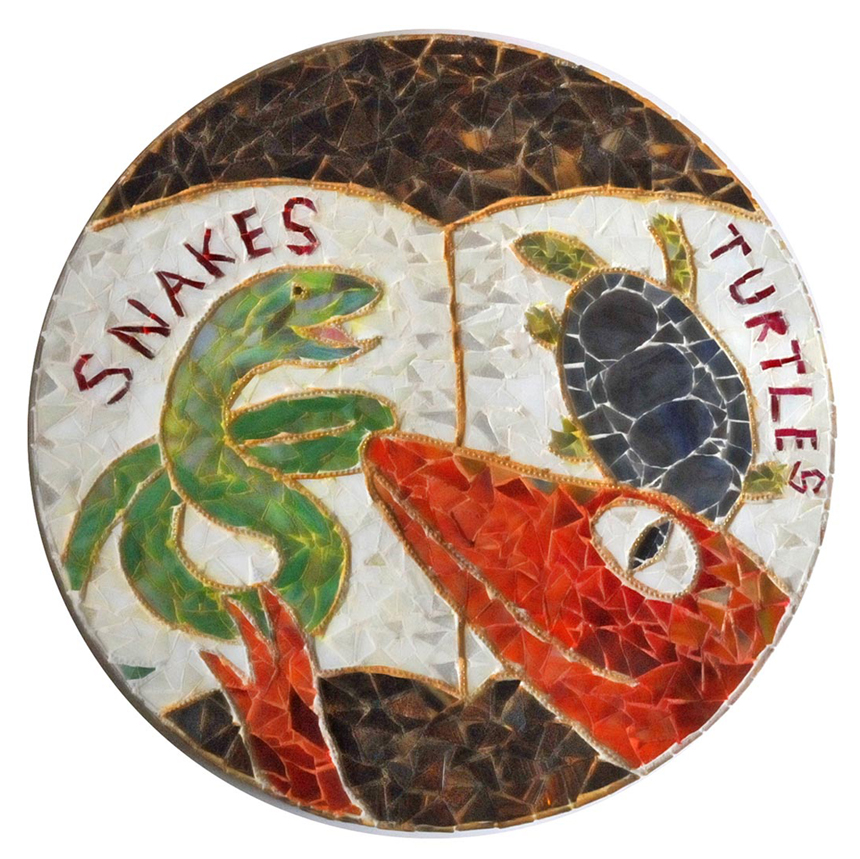 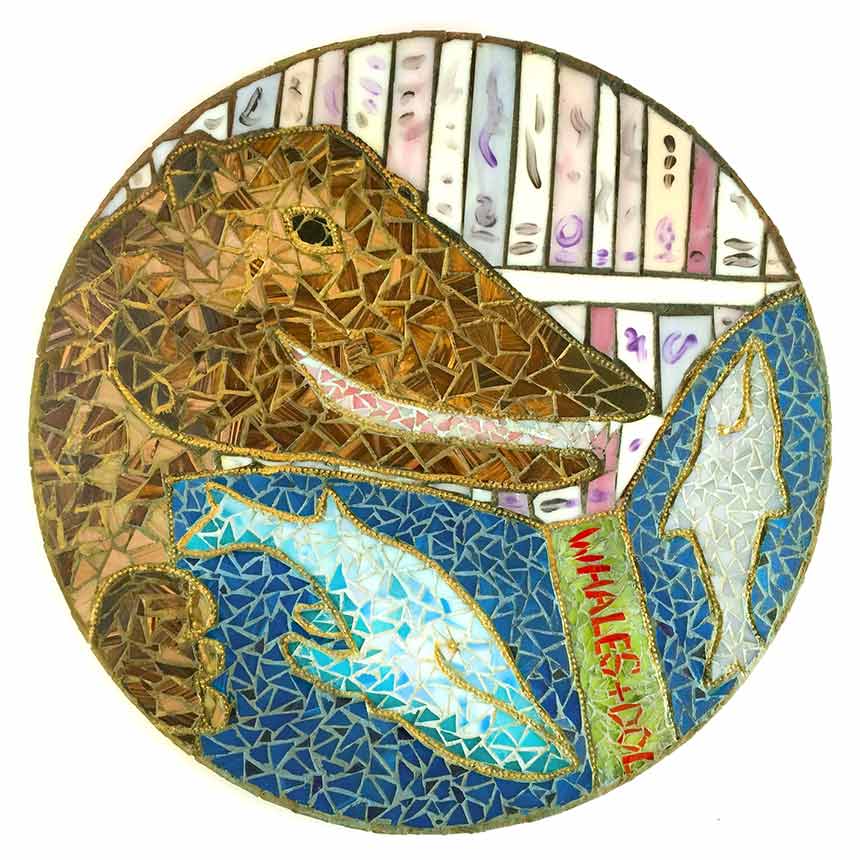 One is the captorhinomorph, a lizard that’s a common ancestor of all turtles, snakes and lizards. Imagining a lizard evolving into a turtle is easy enough, we all know that feeling of wanting a shell, wanting to hide. But consider a moment the evolution from lizard to snake. Some lizards forwent their arms and legs to become snakes–evolution as erasure of limbs, of capability. Interesting!

Another is the pakicetus, a dog-like common ancestor of all whales and dolphins. Pakicetus was a furry land animal 30 million years ago. Think of that! Evolved out of the sea to become a dog, then back into the sea to become whales and dolphins! I saw a picture of one at the Field Museum in Chicago and underneath it said “The First Whale”. It was the best museum exhibit I’ve ever seen, and it was put together by Maoris. Those folks know their whales. The exhibit had a life size model of a blue whale heart that was also a lounge for small kids.

And another is a pterodactyl reading about birds. I’ll confess that I thought birds evolved from pterodactyls–both flew, why wouldn’t they be related? But further research said they’re not. Birds do descend from dinosaurs but not the flying kind, the walking kind. Flying dinosaurs died out with no descendants. So the title of this one is “Pterodactyl’s Favorite Future” because who can question that pterodactyls would be happy to see birds. Their genes are at rest but their spirit is all over the world.

On display at Casa Verdugo Public Library in Glendale, CA.